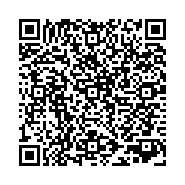 Anatomic variations in the branches of abdominal aorta are very common. Among them, the most common variations are those involving the renal arteries. We report the case of a 9 year old boy with complaints of intermittent abdominal pain, bilateral lower limb claudication & hypertension that was referred for evaluation. An extremely rare variation in the origins of visceral and renal arteries was noted in this patient with the abdominal aorta giving rise to a common trunk at T12-L1 level which further branched into celiac artery, superior mesenteric artery and both renal arteries. The native aorta distal to the origin of this common trunk showed circumferential wall thickening with decreased luminal diameter suggestive of aorto-arteritis.

Variations in morphology of the abdominal aorta and its branches are of interest to the vascular physician, surgeon and interventional radiologist. This is because the geometry of vessels and branches determine the flow dynamics and help in deciding the appropriate surgical or interventional approach. The involvement of different branches also gives clues about various pathological processes which have specific patterns of vessel involvement. The most common variant anatomy of the celiac axis is the common origin of hepatic, splenic and left gastric artery from the abdominal aorta (AA) [1]. Similarly, the most common variant anatomy of SMA is right hepatic artery arising from superior mesenteric artery (SMA), instead of the common hepatic artery, also called as replaced right hepatic artery. Accessory renal arteries are the most common variation of renal arteries [1-8]. Variations and clinical significance of the renal artery origin, course and branching pattern have been frequently described in literature, which are of importance during endovascular and surgical procedures [8].

This case report demonstrates an extremely rare variation in branching of abdominal aorta where celiac axis, SMA and both renal arteries are seen to arise from a common celio-mesentric renal trunk (CMRT), arising from the abdominal aorta at the T12-L1 level. Different anatomical variations of the branches of the abdominal aorta namely, the mesenteric and renal vasculature have been previously described in literature (Table 1). Inferior mesenteric artery, which typically originates from abdominal aorta at the level of L3 vertebra, has little variation of its origin [8]. Origin of renal arteries from mesenteric vessels has been described only in few isolated case reports to the best of our knowledge (Table 2). This case demonstrates the common celio-mesentric renal trunk which is an extremely rare variation of the abdominal aortic branching pattern, previously described only in a 14 year old female child by Connolly et al. [4].

Table 2: Various variations of the branching (common origin) pattern of the mesenteric and renal arteries:

Embryologically, the celiac axis is the vessel of the foregut and SMA is the artery of the mid gut. A common trunk giving rise to both celiac and SMA can be explained by persistence of ventral longitudinal anastomosis cranial to the fourth root of ventral branches of abdominal aorta with regression of either first or fourth ventral root causing a common celio-mesentric trunk [3,9-14]. The common trunk giving rise to celiac, SMA and both renal arteries is an extremely rare variant, the embryological basis of which is unknown, although Bamak et al. have suggested that during embryological development and ascent of renal tissues, the renal tissues may recruit a branch from SMA which may later on persist as the main renal artery [2]. In the patient described by Conolly et al., the common aortic trunk was seen giving off the left renal artery from its proximal part of common trunk; followed by celiac artery & SMA and right renal artery was originating between celiac and SMA [4]. Our patient also had two segments of stenoses, one at the native abdominal aorta after the origin of common CMRT & another at the ostio-proximal part of CMRT itself, due to involvement by vasculitis. This anatomic variation is of extreme importance, as selective catheterization of the visceral arteries during endovascular procedures may be difficult, if prior knowledge of such variant anatomy by cross sectional imaging is not available. The precise knowledge of branching and the relation of renal arteries to adjacent mesenteric vessels are also important during major gastrointestinal surgeries like Whipple’s procedure and during interventional procedures, so that care is taken of the branches and catastrophic arterial injuries are avoided. Cross sectional imaging specially CTA is an important tool to study the variant vascular anatomy and their relationships with adjacent structures and other vessels [15,16].

Variations in origins and branching of visceral arteries are common and should be carefully looked for whenever diagnostic cross sectional or angiographic studies are performed. Variations like common celio-mesenteric or celio-mesenteric renal trunk are extremely rare, though reported in literature. Prior knowledge of variations in arterial origin is essential before any vascular intervention to avoid inadvertent injury during the procedure.