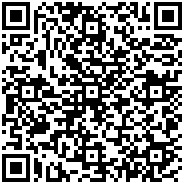 Egf belongs to the group I of EGF family. The family includes also transforming growth factor-α (TGF-α), amphiregulin, betacellulin, epiregulin heparin-binding EGF (HB-EGF), epigen [1,2]. The all members of EGF family contain the same evolutionary conserved motif, which consists from 35-40 amino acids. These amino acids are separated with the conserved 6 cysteines [3,4]. The all members of the family carry the same ability to bind to the EGF receptor (EGFR, ErbB1), to activate the pathways via triggering tyrosine kinase activity, which is further stimulating the intristic intracellular mechanisms of cells proliferation, differentiation, survival, motility [5,6].

Thus, the most prominent signalling pathway, triggering cells proliferation after the impact or influence of Egf, is the MAPKs chain of signal transduction.

In accordance to Sigoillot, MAPKs phosphorylate the CAD (carbamoylphosphate synthetase - aspartate carbamoyl transferase-dihydroorotase), which is the multifunctional protein, which triggers mammalian pyrimidine biosynthesis [14]. Interestingly, the activation and pyrimidine biosynthesis is elevated in S-phase of cells division, when the concentration of phosphoribosyl pyrophosphate (PRPP) is elevated. This compound is serving as the activator of CAD, whereas the UTP is the inhibitor.

Consequently, we think, it should be some additional compound activating PRPS-1 (EC: 2.7.6.1, Phosphoribosylpyrophosphate Synthase-1), which is the key regulative enzyme of the pyrimidine biosynthesis and responsible for the synthesis of PRPP. Thus, before activation of the pyrimidine biosynthesis accumulation of PRPP is the triggering factor for feed-back activation of the entire cycle and cells proliferation.

Moreover, by Zollner et al. it was proved that interchangeable dependence of purines and pyrimidies mathabolism exist, which means that by influencing on one of these chain of reactions, it is possible to change the root of the other [15].

Taking into the consideration those MAPK pathways is activated by Egf, which triggers pyrimidine biosynthesis, we proposed, that Egf or its parts, generated due to the proteolytic degradation, might directly activate PRPS-1 [16].

We made a fast docking analysis, first, to figure out which parts in Egf structure evolutionally more conserved, by comparing peptide structures from Rattus norvegicus, Homo sapiens and Danio rerio [17-20]. The most conservative sequences were the following.

It was made also docking analysis of PRPS-1 and totally identical part of the Egf motif - GERQ. However, the protein structure similarity TM-score as well as interaction similarity scores were evidencing about impossible interactions of these structures.

We might conclude and propose, Egf directly don’t activate PRPP-1. However, after binding of Egf with its receptors, activation tyrosine kinase, activation of MAPKs pathway and involvement of CAD, generated PRPP accelerates by the feed-back mechanism activity of CAD, stimulating even more intensive cells proliferation.

Egf dependent pathways might be activated by the formation of ROS in normal and pathological conditions. By Huo, it was shown that promotional effect of Egf on human corneal cell proliferation is mainly mediated by ROS signaling as well as MAPK/ERK activated pathway under disease condition [21].

By the utility of single molecule force spectroscopy, it was shown that application of the oridonin is preventing the interaction of Egf with its receptor and preventing development of the cancer, mediated by formation of the ROS [22].

In in vitro studies it was demonstrated that ROS and especially decrease in pH generated during exposure to LEF (low electric field) are involved in EgfR ligandless activation [24].

It was demonstrated, signaling events downstream of EgfR involved PI3K- and Src-dependent activation of Rac1, are mediated by NADPHgenerated ROS responsible for MMP-2 secretion and activation [25].

The increase of the cells proliferation in the presence of Egf was detected also in conditions of Xanthine Oxidoreductase enhanced activity, which is not just the enzyme responsible for formation of uric acid but also for the generation of ROS [26].

As the conclusion and graphical presentation of the proposed and existed ideas the following Scheme 1 is demonstrated.