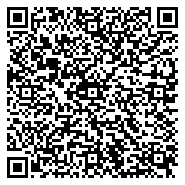 Fragile X syndrome: leading the way as the most common monogenic form of autism spectrum disorder and the most translated among neurodevelopmental disorders in clinical trials

Fragile X Syndrome (FXS) is a global neurodevelopmental disorder caused by epigenetic silencing of the Fragile X Mental Retardation 1 (FMR1) gene, resulting in the absence of its encoded protein: Fragile X Mental Retardation Protein (FMRP) [1]. The hypermethylation induced silencing of the highly conserved evolutionary FMR1 gene that consists of 17 exons is mediated by the formation of a DNA-mRNA duplex between the promoter and the trinucleotide repeat region of the mRNA [2]. Found in up to 1:2500 males, FXS is the most well-known monogenetic cause of inherited Intellectual Disability (ID) and Autism Spectrum Disorder (ASD), an enormous and growing public health problem. The clinical complexity of FXS is of relevance for ASD, arising from the fact that FMRP is an RNA-binding protein that targets approximately 4% of the transcribed mRNAs in the brain [3]. Indeed, a large percentage of approximately 800 target mRNAs of FMRP encodes synaptic proteins that are thought to play a major role in neuroplasticity, which converge on the same cellular pathways involved in the pathogenesis of idiopathic ASD [4-6]. The convergent molecular biology approach is of particular importance given limited success in developing reliable molecular markers of ASD thus far. An effort aimed at identifying a promising such biomarker involves the study of extracellular signal-related (ERK1/2) regulation in both ASD and FXS (reviewed in [7,8]). An urgent need exists for novel targets in drug development. Thus, “the FMRP story” has emerged as the most studied such model of relevance to ASD. Normally, FMRP acts as a translational 'brake', meaning its absence in FXS causes up-regulation of Metabotropic Glutamate Receptor 5 (mGluR5) under a mGluR theory [9,10] and down-regulation of GABA signaling, leading to an excitatory/inhibitory (E/I) synaptic imbalance. Correcting this imbalance with mGluR5 antagonists or GABA receptor agonists rescues the pathological hallmarks of synaptic function and social behavior in the mouse model of FXS (the FMR1 knock-out) [11-13]. These preclinical breakthroughs have generated much interest in the field to translate findings to humans with FXS and possibly ASD. Reflecting key preclinical findings, the vast majority of clinical trials targeted the aforementioned excitatory/inhibitory imbalance (14/22, 64%) [7,14].

FXS is a genetic diagnosis and ASD is purely behaviorally defined; thus, “the FMRP success story” is the most-studied genetic model for ASD [15] aimed at identifying shared pathways and common therapeutic targets between FXS and ASD, neither of which currently have effective treatments. To expand further, “the FMRP story” model also supports a hypothesis that proteins involved in regulating translation and synaptic function may be interconnected, and act in concert to give rise to synaptic and behavioral aberrations associated with ASD [6]. The examples of the FMRP-regulated target mRNAs transcripts—encoding both synaptic proteins and regulators of translation—include SHANK3, SynGAP1, neuroligin-3, neurexin-1 [16] SHANK1, SAPAP1, and SAPAP3 [17]. Furthermore, while FMRP functions as the mRNA-binding translation suppressor, recent findings have enormously expanded its proposed roles to possibly include its involvement in RNA, channel, and protein-binding that modulate calcium signaling, activity-dependent critical period development, and the E/I neural circuitry balance [18]. Together, it is not surprising that FXS is the most translated neurodevelopmental disorder in human clinical trials. Indeed, a January 2016 search at the US Food and Drug Administration (FDA), National Institute of Health (NIH) www.clinicaltrials.gov website, and the scientific literature revealed 22 double-blind, placebo-controlled clinical trials in humans with FXS, mostly from 2008 to 2015 [14]. Yet over the last few years, number of these trials failed to meet their primary efficacy end points, including a well-powered investigation by Berry-Kravis and colleagues in 2016, studying the mGluR5 antagonist mavoglurant [19,20].

Nevertheless, these "failed" clinical trials may, in fact, provide us with valuable lessons for designing future treatment studies in FXS, ASD, and other neurodevelopmental disorders [14,21,22]. For instance, post-hoc analysis of mavoglurant and arbaclofen clinical trials revealed statistically significant therapeutic benefits when patients were stratified based on molecular properties of the FMR1 gene, and baseline severity of social withdrawal phenomena [23,24]. These data suggest shortcomings in the clinical trial design. Moreover, the outcome measures used failed to capture areas of positive response of the newly developed therapeutics. Clinical trials of new treatments are inherently difficult to design and implement, especially for FXS and ASD. For instance, there are no prior clinical trials that establish standard precedents for future treatment studies. Notably, an inconsistent therapeutic response among FXS individuals is largely a result of a lack of studies supporting the reliability, validity, and sensitivity of the mostly parent-based outcome measures to treatment change(s) such as the Aberrant Behavior Checklist-Community Edition (ABC-C), fragile X version (ABC-CFX), key primary efficacy endpoints of targeted therapeutics in trials involving individuals with ID (including FXS) or ASD [19,24,25]. Furthermore, significant dependence on the parental report contributes to the placebo effect, compelling the need to validate and apply existing tools toward developing new clinicianbased measures. Future treatment studies also need to identify patient stratification paradigms that may reveal a sub-population of FXS individuals exerting an optimal therapeutic response.

In conclusion, “the FMRP story” leads the way to revealing the convergent molecular mediators linking protein translation and synaptic function of relevance to ASD, and to understand whether it is possible to therapeutically intervene at the level of these newly emerging molecular crossroads (i.e., ERK1/2) [7,8,26]. FXS is also the most translated neurodevelopmental disorder in human clinical trials. As a whole, we suggest that the "failed" FXS clinical trials offer a valuable opportunity to reflect on future clinical trial design and implementation [22,27,28]. There is significant need for more translational and clinical research to improve psychometric properties and sensitivity to treatment changes, and to develop new paradigms able to quantify learning [7]. In addition to using the aforementioned refined methodologies [7,14] continued effort is needed to: (i) explore other potentially relevant new pathways [29,30] beyond the mGluR theory [10] (ii) discern differences in underlying mechanisms of already widely prescribed medications in individuals with FXS [30], so that we can successfully conduct treatment studies that will enable us to more definitively and objectively determine and assess the full range of response to novel therapeutics [7]. Regardless, clinicians and clinical researchers from different specialties in the field of FXS need to continue their efforts toward developing and promoting the best possible practices for individuals with FXS and ASD [1,15,31]. The first step is to routinely implement recommendations of their professional societies for earlier genetic/medical diagnosis of the FMR1 gene mutations in individuals with clinical diagnosis of ASD [1,26,32].