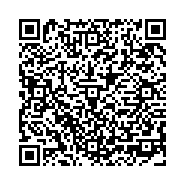 Nutritional consequences of HIV/AIDS and their impact on human development

HIV/AIDS is linked to biological and social factors that influence a person’s ability to consume, utilise, and acquire food. These biological and social variables lead to poor nutritional status and weight loss, which are major causes of morbidity and poor quality of life in HIV-positive people; weight loss is a strong predictor of AIDS death. The detrimental consequences of HIV infection on human development at the individual, household, community, and national levels are amplified by the linkages between nutrition and HIV/AIDS. The prevalence of HIV/AIDS and malnutrition in many developing nations is obstructing progress toward the UN Millennium Development Goals. To stop the spread of HIV, aggressive actions are still required. Efforts to enhance nutrition for people living with HIV/AIDS should be prioritised at the same time.

HIV/AIDS and hunger are locked in a vicious loop

HIV is linked to biological aspects such appetite loss, gastrointestinal difficulties, and oral and esophageal ulcers, all of which limit a person’s desire for food and capacity to eat, resulting in inadequate dietary intake. These biological impacts are amplified in underdeveloped nations by the disease’s social repercussions, which often lead to food insecurity.

Because of a decrease or complete loss of the socio-economic contributions of sick household members as well as their carers, households impacted by HIV/AIDS face substantial losses in food availability (both quantity and quality). Lack of social support as a result of stigmatisation and prejudice also leads to a reduction in food availability and, as a result, insufficient nutritional intakes among HIV-positive people.

Malabsorption and/or diarrhoea are the most common causes of such losses. Changes in the intestinal lining as a result of the infection may cause malabsorption. Poor carbohydrate and lipid absorption has been described in both adults and children at any stage of HIV infection, implying that even asymptomatic persons might suffer from malabsorption, resulting in nutritional losses. Fat absorption is reduced, which lowers absorption of fat-soluble vitamins including vitamin A and E. Diarrhoea and vomiting are common adverse effects of HIV medicines and can be caused by opportunistic infections. Changes in metabolism The immune system’s reaction to HIV infection causes metabolic changes that enhance protein catabolism (muscle loss) and fatty acid metabolism abnormalities. Minerals including Fe, Zn, Se, and Cu are also sequestered for antioxidant enzyme synthesis. The immunological response might also cause a loss of appetite that is accompanied by a fever. Increased energy and protein requirements, as well as poor nutrition utilisation, are caused by the metabolic alterations associated with HIV infection.

Increased macro- and micronutrient needs are a result of nutritional losses and alterations in metabolism associated with HIV infection. At various stages of the disease, energy requirements increase. Even in the asymptomatic period, there is a 10% increase in energy need above that indicated for a healthy HIV-negative individual of the same age, gender, and physical activity level; in the symptomatic phase, the comparable increase is 20–30%. In HIV-positive people, deficiencies in some micronutrients are widespread. According to the WHO, RDA levels of micronutrients may not be sufficient to repair nutritional deficits in HIV-positive people; nonetheless, some micronutrient supplements have been proven to have negative effects in HIV-positive people.