An elongated styloid process may impinge and compromise surrounding structures like the Internal Carotid artery (ICA) leading to a spectrum of symptoms like neck pain, headache, transient ischemic attack (TIA) or even stroke. This is described as the Stylocarotid syndrome, which is a vascular variant of Eagle syndrome. We report a case of a 67 year old male patient who had a stormy course in hospital, but correct diagnosis, etiology recognition and optimal management provided him with new lease of life.

A calcified stylo-hyoid ligament, an elongated styloid process or the greater cornu of the hyoid bone can impinge on the internal carotid artery (ICA) which is present in near vicinity, thereby leading to a plethora of symptoms like neck/throat pain, ear ache, headache, transient ischemic attack (TIA), stroke, carotid artery dissection or traumatic pseudoaneurysm [1]. Eagle reported impingement of ICA and/or external carotid artery (ECA) by an elongated styloid process leading to face and neck pain as well as cerebrovascular symptoms due to the compression of ICA [1-5]. We report a case of a 67 years old male patient who had a significantly stormy clinical course in hospital. However correct etiology recognition and directed therapy led to a good clinical outcome.

A 67 years old male patient, with co-morbidities of Diabetes Mellitus, Hypertension and Coronary artery disease (CAD) with history of (h/o) Anterior wall myocardial infarction (AWMI) in 2001 (post left circumflex artery stenting) was referred from another hospital with h/o recurrent headaches. Color Doppler Ultrasonography evaluation at a different center revealed a Right ICA stenosis of more than 90% and an ulcerated plaque in Left ICA occluding the lumen by 60%. There was a past h/o left Middle cerebral artery (MCA) infarct in 2012 which was managed conservatively. On presenting to our hospital his GCS was E4V5M6. During the period of his work up towards right carotid endarterectomy, patient had a sudden episode of loss of consciousness lasting for three minutes associated with weakness of the left half of his body and face. He developed dysarthria (though comprehension was intact) and Upper motor neuron (UMN) type seventh cranial nerve palsy. Sensory and cerebellar examination was essentially normal. Patient’s NIHSS score was 8/42. The patient was evaluated and found to have a large right MCA infarct with complete occlusion of the right ICA (Figures 1 and 2). Patient underwent emergency decompressive craniectomy for the same and improved over a period of three weeks. CT angiography also revealed an ulcerated plaque causing 62% stenosis of the left ICA (Figure 3) and ossified left stylo-hyoid ligament causing high grade compression of the left high cervical ICA (Figures 4a and 4b). The length of the styloid process along with the ossified stylohyoid ligament was 2.7 cm. The patient underwent a left transoral styloidectomy which was followed by left carotid artery stenting a week later. Post stenting angiography revealed excellent flow across Left ICA across the stented segment and at the site of prior compression by the ossified stylohyoid ligament (Figures 5a-5c). Patient recovered well (GCS E4VtM6) and was decannulated from tracheostomy after two weeks. He was discharged to home with a GCS of E4V5M6 with left hemiparesis. Patient returned to hospital for cranioplasty which also went uneventfully. Patient has not experienced any new neurological symptoms in past two months. The classic version of Eagle syndrome has been defined as symptoms like ipsilateral facial and neck pain, dysphagia, or various other symptoms following pharyngeal trauma resulting from an elongated styloid process or calcified stylohyoid ligament. Eagle syndrome has also been identified as the culprit in causing sudden death in a young patient. The cause of death being a cardio inhibitory reflex due to an abrupt increase in pressure from the diseased carotid [1-4]. Stylocarotid syndrome, which is a vascular variant of Eagle syndrome has been described as various cerebrovascular symptoms due to symptomatic compression of ICA or ECA. This syndrome (classic and vascular variant) was described by Watt W Eagle [1-6].

There could be cerebral ischemia due compression of ICA whereas thrombus from a pseudoaneurysmal dilatation of ICA could also lead to ipsilateral embolic MCA infarct [7].

The styloid process is a small, bony outgrowth of the temporal bone where muscles like styloglossus, stylopharyngeus, and stylohyoid as well as the stylohyoid and stylomandibular ligaments get attached. There are many important neurovascular structures like ICA, ECA, Internal jugular vein (IJV) and cranial nerves V, IX, X, and XII in near vicinity and are amenable to injury.

The incidence of enlarged styloid process ranges from 4% to 18.2% as estimated by Eagle and other investigators, though the symptomatology may be found in a few patients only [2-8]. Surgical removal of the offending styloid process is the treatment of choice. 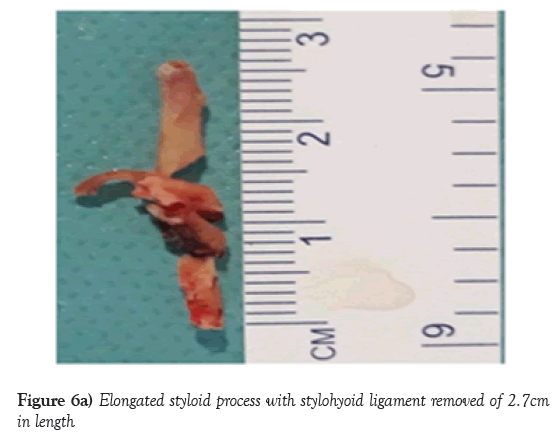 Figure 6a) Elongated styloid process with stylohyoid ligament removed of 2.7cm in length