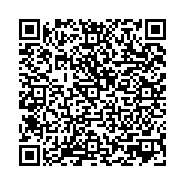 The most common genetic kidney disease is autosomal dominant polycystic kidney disease (ADPKD). Cyst development is triggered by a defect in cilia-mediated signaling activity. As a result, ADPKD is considered a systemic disease with many extrarenal consequences, such as cysts in the liver, pancreas, spleen, or ovaries. Loss of function of primary cilia has recently been discovered to have a role in the malignant transformation of degenerated thyroid follicles. thyroid nodules are more common in ADPKD patients, but this hasn't been proven conclusively. The goal of this study was to compare the incidence of thyroid lesions in patients with ADPKD to prior population studies. We also wanted to see if the rate at which the disease progressed was linked to a larger prevalence of thyroid lesions.

ADPKD is caused by a mutation in one of two genes, PKD1 or PKD2, which encode the polycystin-1 (PC1) and polycystin-2 (PC2) proteins, respectively (PC2). The cilium, a solitary structure found on nearly every cell in the mammalian body, is where these proteins are found. Cyst development is aided by a deficit in cilia-mediated signaling activity, which is induced by PC1 and PC2 deficiency. As a result, ADPKD is considered a systemic disease with many extrarenal consequences, such as cysts in the liver, pancreas, spleen, or ovaries. End-stage renal disease is the most common life-threatening consequence of ADPKD (ESKD) [1]. Surprisingly, the age at which patients with ADPKD develop ESKD varies greatly between individuals. It's unclear whether rapid renal function loss is accompanied by more pronounced illness symptoms on the outside. Early in ADPKD, kidney length is thought to be sufficient to stratify the probability of progression to renal insufficiency. The optimum cutpoint for predicting the development of chronic kidney failure (CKD) stage 3 is an ultrasonography kidney length of > 16.5cm. Furthermore, depending on the average annual change in estimated glomerular filtration rate [2], patients can be classed as having either fast or slowly advancing illness (eGFR).

Thyroid and renal functions do, without a doubt, interact in a varietyof ways. Non-thyroidal disease (so-called 'low T3 syndrome') and subclinical or primary hypothyroidism are more common in CKD patients, according to studies. The inhibition of type 1 5′- deiodinase expression by inflammatory cytokines, altered protein binding of fT3 due to chronic protein malnutrition, and inhibition of thyroid iodide organification, the so-called Wolff-Chaikoff effect, caused by impaired renal iodine handling are all possible mechanisms for reduced peripheral conversion of thyroxin (fT4) to triiodothyronine (fT3) [3]. The thyroid gland affects practically all of your body's metabolic functions through the hormones it generates. Thyroid diseases can range from a little goiter (enlarged gland) that requires no treatment to a life-threatening malignancy. Thyroid disorders are most commonly caused by abnormal thyroid hormone production. Hyperthyroidism is a condition caused by an excess of thyroid hormone. Hypothyroidism is caused by a lack of hormone production [4]. Despite the fact that the side effects can be unpleasant or uncomfortable, most thyroid disorders can be effectively managed if they are properly diagnosed and treated. Loss of function of primary cilia has recently been discovered to have a role in the malignant transformation of degenerated thyroid follicles. Thyroid nodules are more common in ADPKD patients, but this hasn't been proven conclusively. The incidence of thyroid cysts was reported to be 6.7% in a short study of 30 ADPKD patients, with one case of multiple thyroid cysts observed in one ADPKD patient. There hasn't been any research into the prevalence of various thyroid nodules, including malignant ones, in ADPKD patients [5]. Thyroid nodules can be seen on ultrasonography in 19%–68% of randomly chosen people, while thyroid cancer can be found in 7%–15% of cases, depending on age, sex, radiation exposure history, and family history. The vast majority of thyroid malignancies are solid or mainly solid, with only a small percentage (5% or less) having a cystic component. The need for a thyroid nodule biopsy is determined by the pattern of sonographer features along with the size of the nodule. The study's goal was to compare the incidence of thyroid lesions in ADPKD patients to that of prior population studies [6]. Furthermore, we wanted to see if the speed with which the disease progressed (rapid vs. non-rapid) was linked to a higher prevalence of thyroid lesions.

Medical history was gathered from each patient, including symptoms and indicators of hyper- and hypothyroidism, family history, and current drug use. Following that, everyone had a neck palpation, thyroid ultrasonography, and a laboratory evaluation of thyroid gland function (TSH, fT4, fT3, antithyroid peroxidase antibodies (TPOAb), and thyroglobulin antibodies (TgAb)) and kidney function (thyroid-stimulating hormone (TSH), fT4, fT3, anti-thyroid peroxidase antibodies (TPOAb), and thyroglobul (serum creatinine concentration and eGFR). Furthermore, patients with thyroid nodules were required to have a biopsy of the lesion or at least a 3-year follow-up at the outpatient Endocrinology Clinic. In compared to prior population studies, we found no higher incidence of thyroid lesions or thyroid neoplastic in ADPKD patients [7].

Depending on the population investigated the prevalence of thyroid nodules detected by ultrasonography ranges from 5.2% to 67.0%. Thyroid nodules are more common in women, the elderly, persons who live in iodine-deficient areas and people who have been exposed to ionizing radiation, according to most research [8]. Thyroid nodules were seen in 51% (25/49) of the patients in our sample; ultrasonography revealed 23 cases, and two patients required thyroidectomy due to nodular goiter. Only tiny cysts with minimal clinical importance (less than 5mm) were detected in ten of the patients, while 13 of the patients had benign solid or cystic-solid lesions. According to the American Thyroid Association's Management Guidelines for Adult Patients with Thyroid Nodules, nodules less than one centimeter in diameter with a very low suspicion ultrasonography pattern and pure cysts do not require routine sonographic monitoring. As a result, professionals performing ultrasound scans frequently do not even describe pure cysts smaller than 1cm. As we researched ADPKD patients, we became more aware of thyroid cysts and reported them all, even though they were all smaller than 5 mm and not clinically significant. As a result, we feel that when comparing thyroid nodules to population studies, these small exclusively cystic lesions in the thyroid gland can be ignored. Without accounting for the mild thyroid cystic lesions, the prevalence of thyroid gland nodules in our group (22%) is comparable to those previously published [9]. Surprisingly, we discovered that a substantial number of ADPKD patients had increased anti-thyroid antibodies. TgAb was raised in 42.86% of our patients, while TPOAb was positive in 16.33%. TPOAb and TgAb are found in 10-15% of patients with non-thyroid immune diseases, depending on the population investigated [10]. Anti-thyroid antibodies have not been found to be higher in ADPKD patients, and this phenomenon has not been studied. Loss of function of primary cilia was recently discovered to contribute to malignant transformation of degenerated thyroid follicles in an animal model. Mice lacking primary cilia demonstrated normal folliculogenesis and hormonogenesis, but as they grew older, follicular cells became papillary and solid proliferative nodules with nuclear characteristics similar to human thyroid carcinomas. Cysts in ADPKD patients can grow not only in the kidneys [11], but also in the liver, pancreas, thyroid gland, and/or spleen, according to a major evidence-based clinical decision support resource.

However, based on our research and a review of the literature in PubMed, we found no evidence to support the hypothesis that ADPKD patients have a higher rate of thyroid lesions [12]. Thyroid cysts were seen in only two (6.7%) of thirty patients with ADPKD, according to Ha et al., who attributed this finding to extra-kidney presentation. Alejmi et al. documented a 44-year-old female ADPKD patient with end-stage renal failure and many big (more than one centimetre) thyroid cysts. No patient in our group had numerous cystic nodules affecting both thyroid lobes, as the patient described. Furthermore, Cuna et al. discovered that 41.5% of their ADPKD patients had a goiter in a retrospective study of 2,147 patients with end-stage renal disease, 20.1% of them had ADPKD [13]. Furthermore, ADPKD has been linked to hypothyroidism. Thyroid cysts were not included in the study. End-stage renal disease and hemodialysis, rather than ADPKD, may be to blame for the greater prevalence of hypothyroidism and nodular thyroid disease. The presence of benign and malignant thyroid nodules is more common in individuals with end-stage renal illness than in the general population, according to several studies. As a result, we did not include ADPKD patients with inadequate renal function in our analysis to avoid the impact of renal failure on the number of thyroid nodules [14].

ADPKD is a systemic ciliopathy with renal and extra renal manifestations caused by a drop in PC1 and PC2 levels below a crucial threshold caused by mutations in the PKD1 and PKD2 genes. If the mechanism of cilia involvement in thyroid nodule pathogenesis is correct, fast progresses with kidney lengths more than 16,5cm early in ADPKD should have a higher likelihood of having low PC1/PC2 and more thyroid nodules. However, we found no statistically significant variations in the number of thyroid nodules based on renal advancement rate. It's possible that factors other than cilia signaling play a role in the development of localized thyroid lesions in humans. There were a few flaws in our research. First and foremost, its tiny sample size and reliance on a single ethnic group. Second, there isn't a control group. Although we matched the results to a population research from the area, there is a chance that bias was introduced due to the use of various ultrasound systems and a separate consultant performing the examination. Ultrasonography is a subjective evaluation, and measurements taken by different ultrasound devices may differ slightly [15]. These limitations are likely to blame for the decreased volumes of our ADPKD patients' thyroids and thyroid nodules compared to the population study.

In conclusion, we have not proven a higher incidence of solid or cystic-solid thyroid gland lesions, including neoplastic, in early ADPKD patients, despite its pathophysiological plausibility. There has to be more research done to see if ADPKD patients have a higher rate of cystic lesions. Furthermore, the pace of loss in kidney function does not appear to be followed by an increased incidence of thyroid illness.