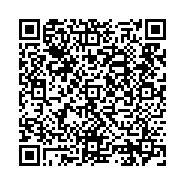 HWe report a 30-year-old and HIV-positive female patient who was on antipsychotic medication at the base hospital (Clopixol 200mg intramuscularly monthly, Risperidone 2mg orally daily, and Haloperidol 2.5mg orally twice a day) for psychosis and presented a neuroleptic malignant syndrome (NMS). She also received Lorazepam and sodium valproate. She was then referred to us because she had developed the upper limbs’ involuntary movements and focal simple permanent focal seizure on the lower part of the left hemiface. Clinically she had altered consciousness, autonomic dysfunction, rigidity. Her blood tests showed elevated CK (1467U/L but no leucocytosis.