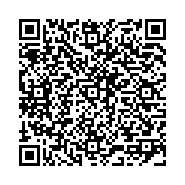 In the United States, more than 30 million persons have diabetes mellitus (DM). Diabetic nephropathy is the most common cause of chronic Kidney Disease (CKD), with over one-third of diabetics getting kidney disease. Despite the relevance of renal illness in people with type 2 diabetes (T2D), there is a scarcity of information on the best medication for glycemic control in this group. Fundamental questions remain unanswered, such as the role of insulin in glycemic control in CKD. Insulin needs are thought to decrease with advanced CKD because insulin gets eliminated by the kidney. Cross-sectional studies, on the other hand, reveal that those with advanced CKD need more insulin. Hypoglycemia is a significant side effect of insulin therapy that can lead to ER visits or hospitalization. While insulin therapy is an established risk factor for hypoglycemia [1], whether advanced CKD is related with an increased risk of hypoglycemia has been a point of contention. In a study of veterans, the incidence of hypoglycemia, defined as blood glucose below 70mg/dl, was greater in individuals with more severe CKD. Hypoglycemia was prevalent in people with moderate to severe CKD, but not more so than in people with maintained GFR, according to a prospective observational study of people with T2D who used continuous glucose monitors.

The topic of whether insulin use and advanced CKD are both linked to an increased risk of hypoglycemia may have therapeutic implications for glycemic management in people with T2D and CKD, as hypoglycemic episodes are linked to an increased risk of CKD progression [2], stroke, and mortality. As a result, we tested the hypothesis that the need for insulin for glycemic control in T2D is lower in people with advanced CKD in the current study. We also looked at whether the risk of significant hypoglycemia episodes is higher in people with advanced CKD and heightened in people with advanced CKD who are on insulin. Within 180 days following the index date, prevalent insulin use was discovered through a review of the patient's prescription records. The first time a patient got a prescription for insulin after the index date was used to determine the incidence of new insulin use in those who were not on insulin at baseline [3]. Serious hypoglycemic occurrences were classified as those that necessitated medical attention, as shown by an emergency room visit with a hypoglycemia diagnosis and/or hospitalization with a primary discharge diagnosis of hypoglycemia codes. From the index date through the censor date, a previously validated criteria was utilized to detect hypoglycemia incidents from ICD 9/10 codes from emergency room visits or hospitalizations.

Chronic kidney disease (CKD) is an independent risk factor for hypoglycemia, and it increases the risk that patients with diabetes already have [4]. Furthermore, CKD limits ant diabetic treatment options and increases the risk of cardiovascular disease and death. This review is an update and enhancement of a recent paper we published on the issue, with a more in-depth look at the therapeutic alternatives and limits that care providers face in this prevalent clinical setting. Diabetes mellitus, hypoglycemia, chronic kidney disease, diabetic nephropathy, diabetic kidney disease, and chronic renal insufficiency were all searched for in PubMed and MEDLINE from January 1989 to January 2015 [5]. The presence of CKD adds to the risk factors for hypoglycemia that already exist in diabetic patients. Affected drug metabolism, drug-drug interactions (e.g., angiotensin-converting enzyme inhibitors), albuminuria, autonomic neuropathy, anorexia, malnutrition, infections, dialysis-related problems, associated cardiac and hepatic disease, and impaired renal glucose release are some of the additional factors. Both the liver (through glucagon) and the kidney (by catecholamine) contribute equally to the increase in glucose release into the circulation during hypoglycemia counter regulation in healthy people; this is mostly accomplished through gluconeogenesis [6]. Hypoglycemia and CKD are both linked to an increased risk of morbidity and mortality, especially from cardiovascular disease. Renal illness is linked to hypertension, hyperlipidemia, and diabetes, all of which are substantial cardiovascular risk factors. Hypoglycemia is currently being debated as to whether it is an extra risk factor or simply a sign of cardiovascular fragility. Hypoglycemia's effects on oxidative stress, endothelial dysfunction, ST-segment lengthening, and arrhythmia precipitation via sympathetic nervous system activation are among the theoretical, experimental, and clinical aspects that point to a causal effect [7].

We first ran a multivariable Cox regression analysis in the whole analytic cohort (N=855,133) with the same covariates as before to see if insulin use and eGFR categories were independently linked with major hypoglycemia incidents. We conducted the multivariable Cox regression model for serious hypoglycemia events in a propensity score matched population (N=305,570) to further eliminate the likelihood of indication bias between veterans not on and on insulin at baseline [8]. The propensity scores were calculated using the multivariable logistic regression model with baseline insulin as the dependent variable, as described above.